Are you fluent in guinea pig?

Being very social creatures, these adorable furry creatures have a language all of their own that they use to communicate their feelings or information their environment to other guinea pigs.

Especially when housed in multiples, guinea pigs will verbalize to each other throughout the day.

But not all squeaks and chatters are alike--some sounds mean different things in different pitches or when accompanied with different body language.

With a basic understanding of these verbal and non-verbal cues, you can become fluent in guinea pig and start to understand how your companion is feeling throughout the day.

It's surprising to hear this loud sound come from such a small creature, but you will quickly come to love your guinea pig’s endearing squeaks of happiness!

A comfortable guinea pig may make a deep purr, while a higher pitched purr is usually a sound of annoyance.

There’s even a purr for uneasiness or fear which is usually followed by the guinea pig being motionless.

Teeth chattering – When you hear this sound, you can translate it to “back off”!

This warning sound of aggression is used when guinea pigs are angry or upset.

When you see this, you can feel sure that your guinea pig is very happy and enjoying life!

This will happen pretty often, but usually lasts for just a moment or two.

A strut with teeth chattering is a sign of aggression, while a strut combined with a rumble (called a rumblestrut) is a sort of mating display for guinea pigs.

They might also pee on things to mark territory and show dominance, particularly when introducing a new animal to their environment.

Even with four paws on the ground, sometimes petting your guinea pig may result in a scamper for cover, but don’t be disappointed--they probably just aren’t in the mood for petting.

When they’re ready for more loving, they will let you know. 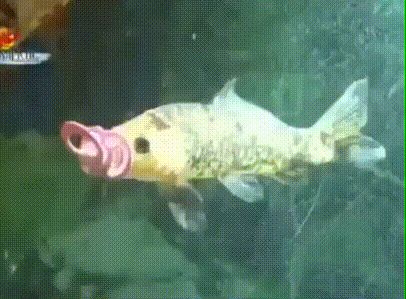